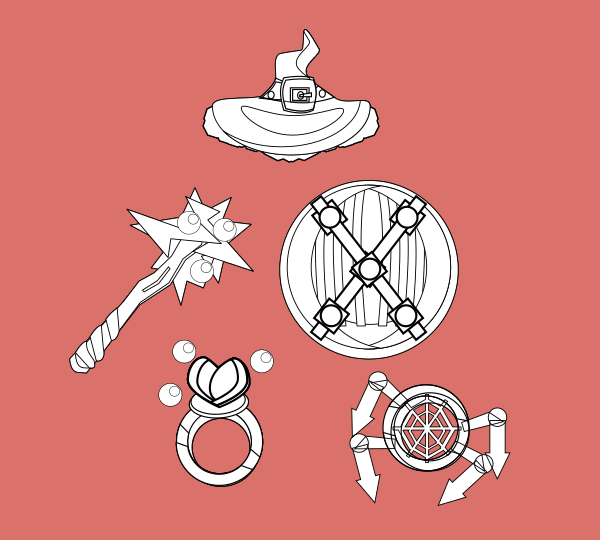 This update introduces basic modding features to the game including the ability add new buildings as well as new items and sprites. Basic modding instructions can be found inside the installation folder as well as an example mod that is included in the game by default. 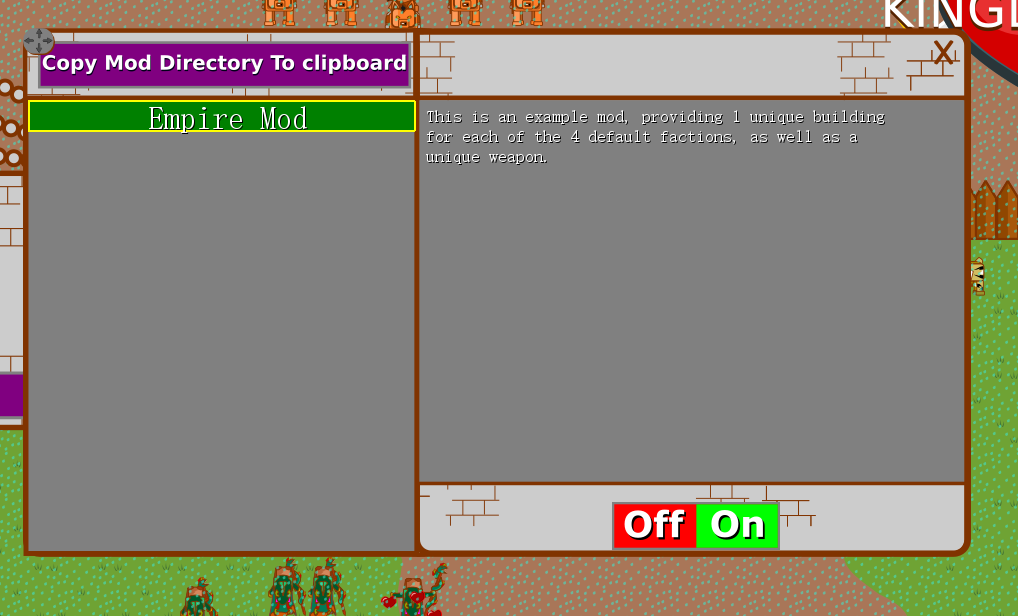 Mods can be enabled or disabled from within the main menu of the game, the game itself can support as many mods as you can come up with. I will be expanding modding in future updates with more scripts and modifiable components of the game, such as kingdoms, units and more. 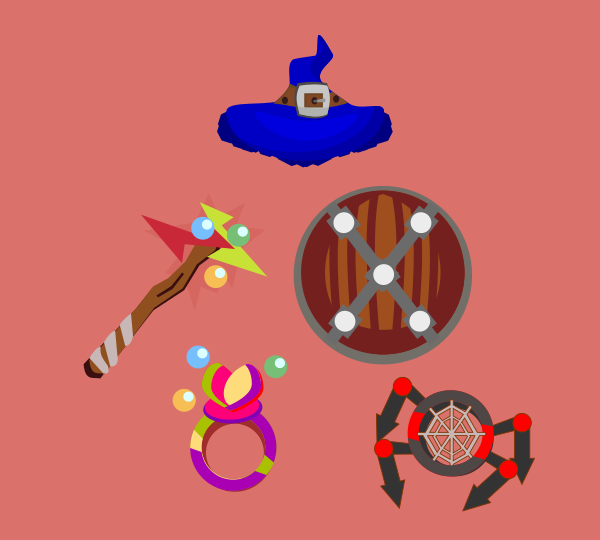 1- Web Ring - Allows heroes to shoot web at their enemies slowing their attacks and movement.

2- Wandering Wizards Hat - Gives the wearer a random temporary spell at the start of combat.

1- Giant spiders have gained the ability to shoot web at their opponents alongside their poison ability.

2- Dwarf auto crossbow siege equipment has had  the time it takes to reload their bolts slightly increased to make up for their long range.

3- Human knights now have a longer range due to their spears.

1- Many new sounds have been added to combat, such as new spell sounds as well as basic combat sounds.